"There is nothing so American as our national parks. The scenery and wildlife are native. The fundamental idea behind the parks is native. It is, in brief, that the country belongs to the people, that it is in process of making for the enrichment of the lives of all of us. The parks stand as the outward symbol of this great human principle." Franklin D. Roosevelt 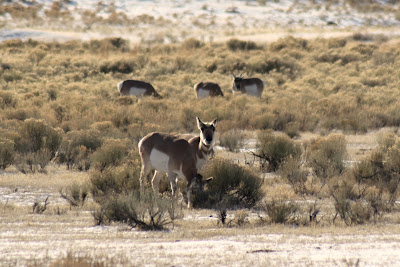 Antelope by the North Entrance 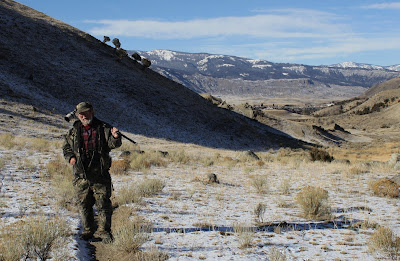 Larry
My day was supposed to be a quiet one but thank goodness it didn't turn out that way. This morning I decided to head into Gardiner for a quick stop at the Food Farm. As usual I got a bit sidetracked by the herd of antelope by the north entrance and then decided to drive past the school to watch another herd wandering around. They are now losing their antlers and there are the occasional ones walking around all lopsided with one antler.
On my way back into the Park I saw Larry in a pullout so I swung in to say hi to him. He invited me to accompany him on a hike to go find some big horn sheep. He had photographed about 10 of then the day before butting heads and since I still have to see a ram in that area I decided to tag along. Luckily I keep an extra coat and gloves in the car. I brought my camera along and we headed out on what turned out to be a 3 mile hike.
It was a beautiful hike with lots of blue sky and a bit of a cutting wind. We hiked across a flat area where the army used to practice their shooting skills (he even pointed out the pit area that was used and we came across all sorts of old debris). We hiked back around and stopped every once in awhile to look for the sheep or any wolves in the area. The total count of our hikes wildlife viewing included: 1 dead weasel that met it's end in the jaws of probably a coyote, a partial elk skull with some vertebrae connected, some other misc. bones and a Clark's Nutcracker. But it was a great hike and I'm glad I met up with him so that I could have the opportunity to get off the pavement.
Posted by Robyn at 2:31 PM

This blog is about the things I see, experience and feel in Yellowstone. I highly recommend that if you want any official and up-to-date reports on anything you read here that you go to the YNP website. 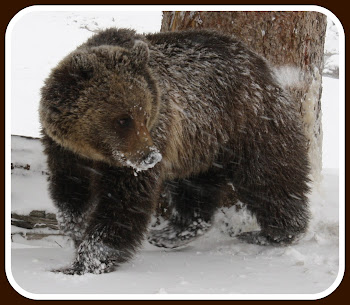 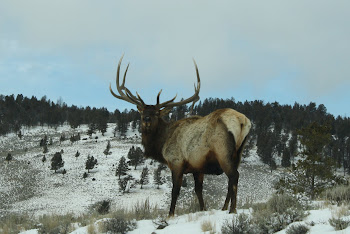 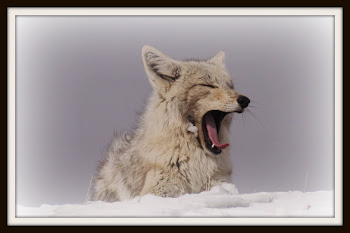 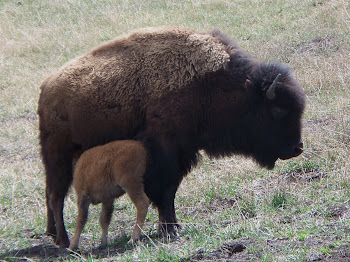 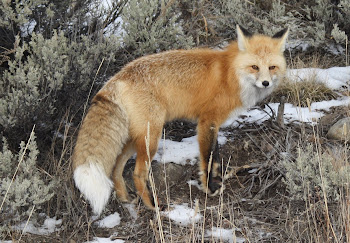 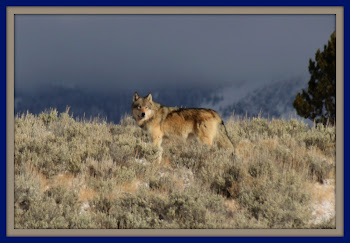 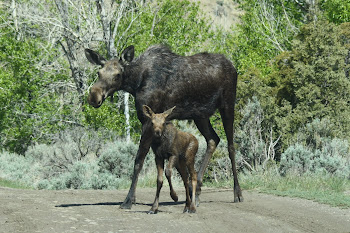 Links to My Local Favorites 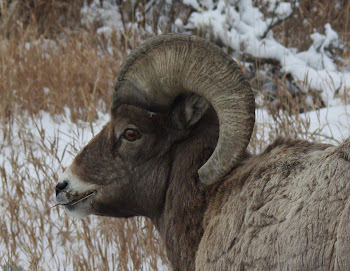 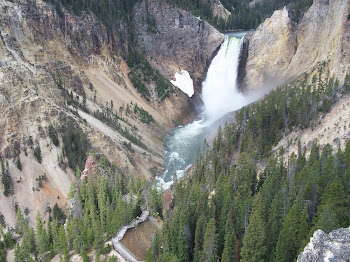 Robyn
I created this blog so that family and friends can keep updated on my wildly fantastic adventure in Yellowstone National Park. I have worked for Yellowstone General Stores/Delaware North Company since 2009. I started at Canyon General and have worked the winters at Mammoth General Store. I was the Manager of the Adventure Store during the summer of 2010 and the beginning of the summer of 2011. I am now the year-round Manager of the Mammoth General Store.